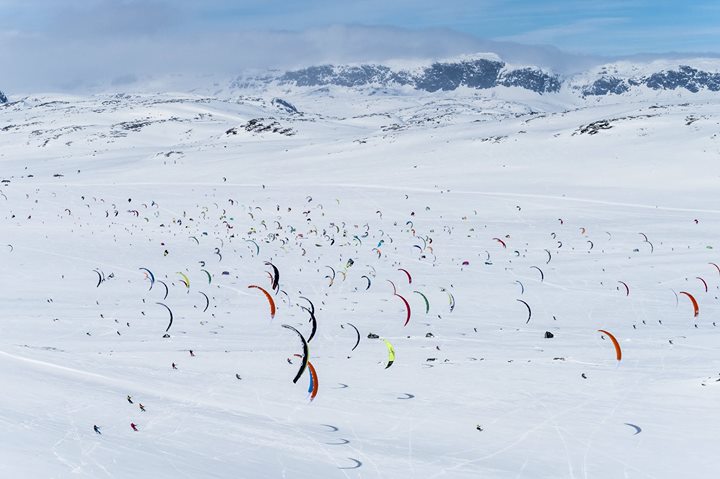 The name “Ragnarok” stems from an incident in Norse mythology, describing the last battle between the good and evil Gods, where only the heroes of the battlefield survive. Red Bull Ragnarok imitates this myth in the respect that only a mere few snow-kite heroes will succeed. Endurance is paramount, and only the toughest riders will successfully complete the course.

Red Bull Ragnarok will take place on the plains of the Hardangervidda, a vast area with ideal conditions for kiting. The race format will be a mass start, where each participant must complete five full laps of the chosen course (one lap = 15-20km) using only their kite, and either skis or snowboard.

The 300 spots will be released Monday December 5th 2016 at 18:00 CET. Registration at redbullragnarok.com.